You are here: Home / Istraživanja i Analize / Rare verdicts for threats and attacks against journalists in Serbia, excessively long media disputes before the courts 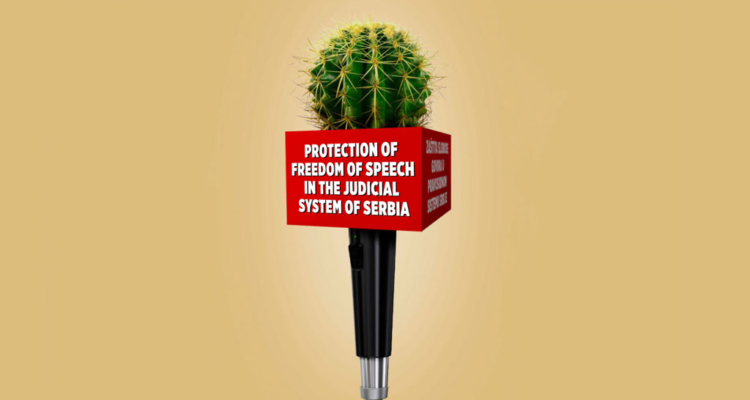 At the same time, media disputes related to cases of hate speech, the protection of minors, ensuring the dignity of victims of violence and protecting character and reputation last an average of around two years, even despite the urgent status of such cases envisaged by the Law on Public Information and Media. The excessive length of these proceedings makes it impossible to protect plaintiffs or defendants.

The report “Protection of Freedom of Speech in the Judicial System of Serbia” includes analysis of 305 cases of so-called media disputes in the 2017‒2019 period brought against five media outlets that have been confirmed by the Press Council as those that most often violate the Code of Journalists of Serbia. These media outlets are: Kurir, Informer, Blic, Alo and Medijska mreža [Media Network] – publisher of daily newspaper Srpski telegraf and the Republika portal.

When it comes to litigation proceedings initiated against the five analysed media outlets on the basis of the Law on Public Information and Media, in the 2017-2019 period, the span of compensatory damages awarded ranged from 40,000 to 420,000 dinars.

The noted amounts impose a need to conduct serious analysis to determine whether the court contributes to the increasingly unprofessional work of the media by awarding damages in amounts that cannot bring adequate satisfaction to the prosecutor.

Most lawsuits were filed against the newspaper Kurir.

See the full analysis in English.