You are here: Home / Najnovije vesti / The Constitutional Referendum in Serbia, Judicial Independence and the EU Accession Process 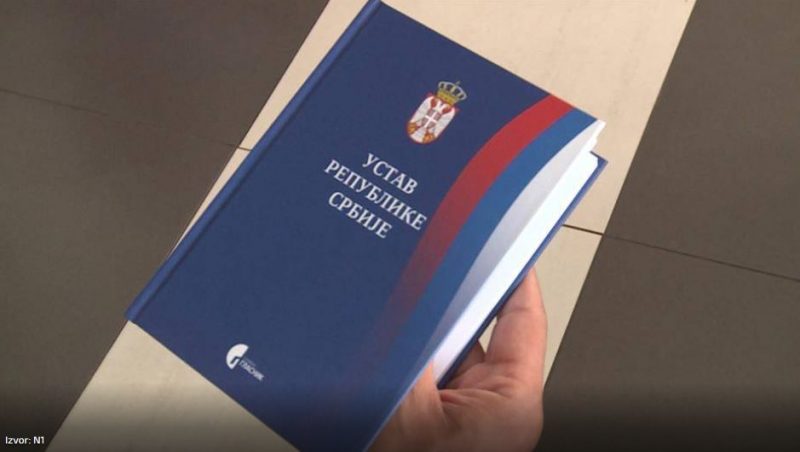 On January 16th, Serbian citizens voted in a referendum on constitutional changes concerning the guarantees of the judicial independence and organization of the judicial sector. According to preliminary results, 57, 4% of citizens voted for the reforms, while 41,6% voted against, with a turnout of not more than 30% of all registered voters.

The changes to the organization of the judicial sector did not come out of the blue, as they have been prompted by the Government’s publicly expressed tendency to comply with the requirements of the Chapter 23 of the Accession Negotiations, which is arguably one of the most important steps towards the EU membership.

From the outside, one may get the impression as if Serbia were striving towards full embracement of essential EU values such as the rule of law and judicial independence, before the backdrop of the recent EU’s efforts to halt the rule-of-law decline and attacks on the judiciary in certain Member States. However, assessed through the prism of democratic legitimacy and constitutional design, this seems to come at a steep price.

I would argue that constitutional amendments concerning the judiciary should have been postponed for two reasons:

The National Assembly had adopted the Act on the Changes to the Constitution of the Republic of Serbia on November 30th with a 2/3 majority.  In accordance with Article 203 of the Serbian Constitution, the National Assembly scheduled an affirming referendum with the intention to endow the process of constitutional change with broader democratic legitimacy.  Both, on the surface at least, should be more than sufficient guarantees of citizens’ participation in the constitution-amending process.

However, the Serbian example  shows that this isn’t necessarily the case. The vast divergence between the constitutional guarantees on paper and the actual constitutional practice is visible not only in the upcoming referendum, but actually is a hallmark of the recent constitutional culture of Serbia itself. The mechanism of the qualified majority vote in the Serbian constitution-amending process is compromised by the fact that the ruling coalition holds the 2/3 majority of seats in the National Assembly. Ultimately, it is one dominant party which is changing the constitution. This is no novelty in comparative constitutional history, the most recent example being the 2011 adoption of Fundamental Law in neighbouring Hungary. From a legal point of view, the amendment is largely correct. However, considering the democratic legitimacy as an essential feature of Constitutionalism, it is questionable whether a supermajority requirement alone can fulfill its purpose under political conditions such as in Serbia.

As to the referendum as a means of providing a broader democratic participation in the Constitution-changing procedure, it should be noted that Serbia doesn’t have a long-standing tradition of the citizens expressing their will in a referendum. The last referendum was held in 2006 to adopt the Constitution currently in place. Additionally, the relative opacity of the procedure concerning the judicial reform in Serbia resulted in citizens not being adequately informed about what they are essentially voting for in the upcoming referendum. The process started already in 2018, but the drafting took place mostly behind the closed doors, while the general public up until recently knew almost nothing about what the constitutional changes entailed. The question is – can these shortcomings be compensated for with the quality of the reform itself?

The reform in substance

From the perspective of the international standards on judicial independence, especially the ones put forward by the Council of Europe and the European Court of Human Rights (Oleksandr Volkov v. Ukraine and Denisov v. Ukraine, but also more recently Guðmundur Andri Ástráðsson v. Iceland ([GC]and Xero Flor w POLSCE sp.zo.o. v. Poland), the substance of the Serbian judicial reform does bring some positive changes. Most notably, judges and prosecutors will no longer be appointed by the National Assembly, but by the High Judicial Council and High Prosecutorial Council.  The probationary period of three years for newly elected judges has been abolished, which theoretically strengthens judicial independence and one of its essential elements – the security of tenure.

Transferring judicial appointment to the professional bodies, the High Judicial Council and the High Prosecutorial Council, aims to depoliticize the organization and functioning of the judicial sector. Nevertheless, if we look closely into the composition of these bodies, it is noticeable that their susceptibility to the political influence is still present. As a re sult of the reform, the High Judicial Council will be composed of 11 members – 6 judges, the President of the Supreme Court and 4 distinguished lawyers, elected by the heightened majority in the National Assembly. If the ruling coalition keeps its 2/3 majority in the future, the independence of the 4 distinguished lawyers could be reasonably brought into question. However, even if the political balance between the political parties is to be established in the new composition of the National Assembly, the question is what will happen if the heightened majority cannot be reached? The reforms envision an anti-deadlock mechanism, but Venice Commission consideredthat “there is a danger that the anti-deadlock mechanism that is meant to be an exception will become the rule and allow politicized appointments”. Furthermore, the majority of the members of the High Prosecutorial Council will not be prosecutors, but distinguished lawyers and ex officio members (Supreme Public Prosecutor and Minister of Justice). This solution in an unstable political environment such as Serbia may create a chilling effect among prosecutors, as the body which would appoint and dismiss them would have a significant political representation.

Additionally, the amendments contain a controversial provision according to which no political engagement of judges is allowed (Amendment X, Article 148). It is reasonable and in accordance with the international standards that the judges should not join political parties. However, in the current political climate of Serbia, where judges are facing constant political pressure through the media but also the National Assembly itself, this provision resonates the hostile sentiment against the judges who publicly stand up for the protection of judicial independence.

The devil is in the implementation

Although the Venice Commission welcomed the positive aspects of the reforms which Serbia aims to introduce, it highlighted that “while the revised constitutional amendments, if adopted, have the potential to bring about significant positive change in the Serbian judiciary, much will depend on their implementation. The current constitutional reform is a necessary and important first step in the process but does not constitute the completion of this process.”

The question, which is essentially for Serbian citizens to decide only a couple of months before the elections, is this: Do the citizens of Serbia believe that the progress on paper will change the entrenched culture of hostility and political pressure towards judges and prosecutors? The informal pressures observed in Serbia range from the other branches of government’s meddling with the pending court cases to publicly naming and shaming particular judges even by certain MPs on the floor of the National Assembly. According to a recently published study, the President’s undue influence on the work of the judiciary in Serbia can be observed in general public statements in the media undermining the judiciary, but also in his attempts to interfere in specific judicial and prosecutorial processes.